What To Expect When You Stop Smoking Cannabis

There have been many studies and a lot of research regarding Cannabis and medical Marijuana conducted over several decades, much with conflicting views and conclusions, depending on who has commissioned the report, and current public opinion. 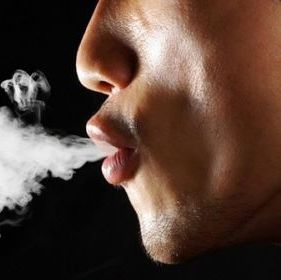 Although reported as non-addictive, this refers to physical addiction, rather than a desire or wish to smoke. Any action performed regularly over a period of time can easily become a habit, and even if tobacco and nicotine are omitted, such as using a vaporiser to inhale just the pure THC from the buds without the need to burn or carbonise it, smoking Cannabis can at the very least, become habit forming.

Both THC and CBD, the two main chemical elements that have an effect on the brain, and are present in Cannabis change the signals and chemicals balances within the brain. It is the introduction of THC, CBD and a variety of other cannabinoids into the blood stream that induces the happy, euphoric high feelings associated with smoking Cannabis. Smoking Cannabis on a regular basis will result in a habit at the very least, and as such, stopping smoking will result in a variety of withdrawal symptoms, with heavier users reporting more than one symptom and varying degrees of intensity, depending upon individual usage.

A recent study has reported that of the 496 Cannabis smoking adults surveyed that had tried to stop, 95% had experienced at least one withdrawal symptom, with 43% suffering from more than one.

How Long Does Cannabis Withdrawal Last?

It is difficult to put a time on how long the symptoms from stopping smoking Cannabis will last, it differs from person to person, depending upon the length of time they have been smoking Cannabis, how heavily, such as weekends, occasionally or every day, and it’s potency. 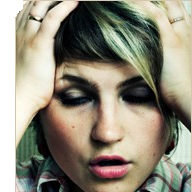 For all but the heaviest Cannabis users, symptoms typically vanish after a week or two without any consequences. Heavy and prolonged usage however, may require several months of abstinence for all the symptoms to disappear, with sleep disruption sometimes requiring the longest time to rectify.

Many long-term users who had given up smoking Cannabis reported their sleep was often interrupted by vivid dreams and nightmares, with some users even reporting that they dreamed of smoking Cannabis while asleep. All of these are symptoms are due to sub-conscious cravings and will pass in time.

Unfortunately symptoms of Cannabis withdrawal are not only confined to this list. Over the course of the study and report, individuals had also reported a range of other conditions including; weight loss, attributed to no longer binge eating (the munchies), as well as weight gain, often attributed to stopping smoking in general. Changes in eating habits seemed to be a general, underlying consensus however, with cramps, nausea and other digestive problems and ailments also featuring quite prominently.

We here at Cannabis UK do not promote breaking the law, however we do understand there is a place in society for the use of Cannabis and it’s prohibition is failing. Almost all of the Cannabis available for sale in the UK is grown here and we believe it is the responsibility of everyone within the industry to ensure the end user has a good quality product and is fully aware of any consequences associated with it’s use.

When using Cannabis stops being fun and relaxing it’s time to stop. Until then, happy smoking.